Yet another wonderful milestone in our quest for unity in terms of independence was reached on Wednesday 08th September 2021, when several delegates of the Cape Independence Forum (who usually meet once a month) and other important role players  joined in a ‘meet and greet’ discussion with the United Liberty Alliance in Cape Town. The ‘meet and greet’ invitation was extended to members of  the Cape Independence Forum  (major role players supporting the common idea of independence of the Western Cape) to meet with Hein and some of the national and international members of the ULA EXCO. 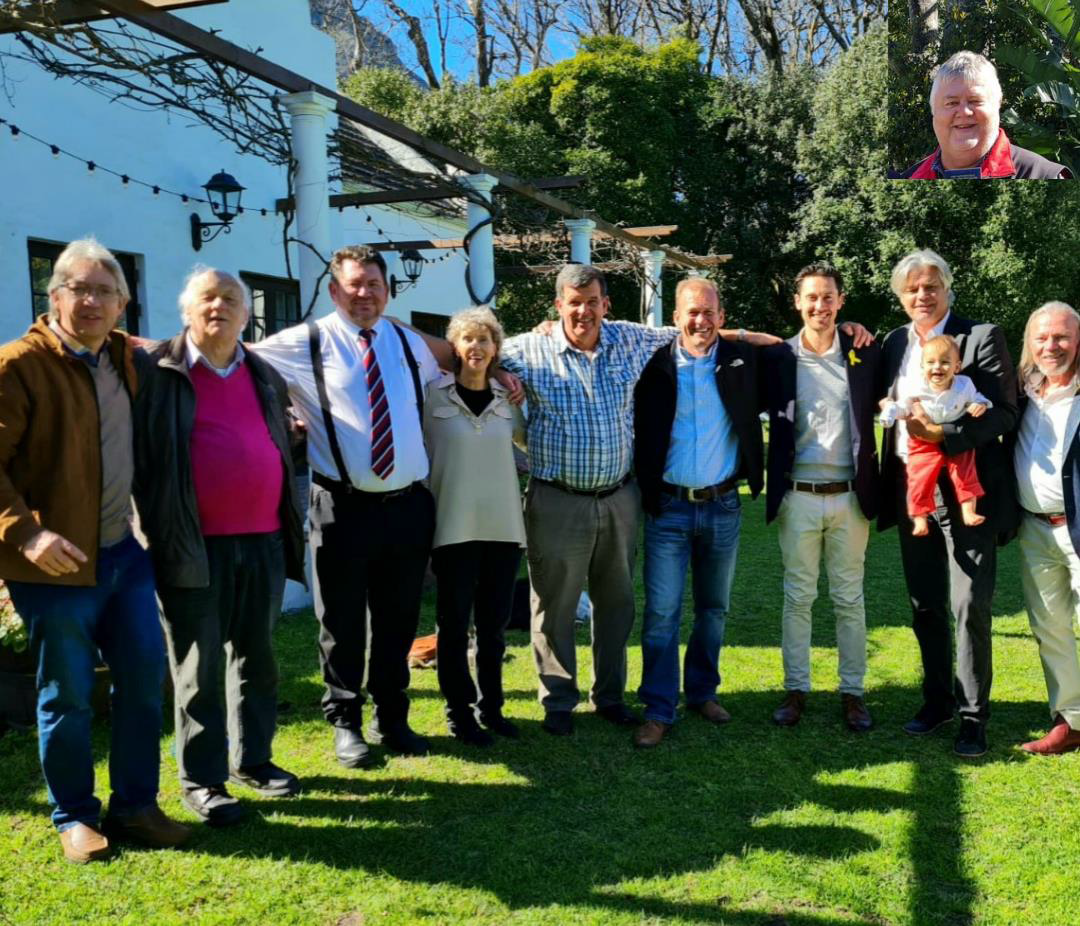 An invitation was sent out to all players in the Cape Independence  space, and we were delighted to welcome the following representatives to this wonderful meeting:  Jack Miller,  Frans and Jeanne Martins of  the Cape Independence Party;  Wolf Johannes of  CapeXit;
Adv. Carlo Viljoen, director of USAF and Patrick Melly, executive of the Greater City Cape Town  Civic  Alliance.  Unfortunately,  not  all  members of  the  CIF  were  able  to  attend,  and their  presence  was  sorely  missed.  We  also  extend  our  thoughts  and  prayers  to  Dr.  Peter  Hammond, having missed this exceptional meeting due to a family medical emergency.  The meeting was extremely successful with a vibrant exchange of positive energy, ideas of  support and strategy between the participants for their specific path to independence. Some of the discussions focused on the challenges brought about by  the ever-increasing  arbitrary limitations of freedom  constantly being imposed on South African citizens by the SA government, the glaring Constitutional conflicts such restrictions hold, and the  compounding adverse effect on our struggling economy. 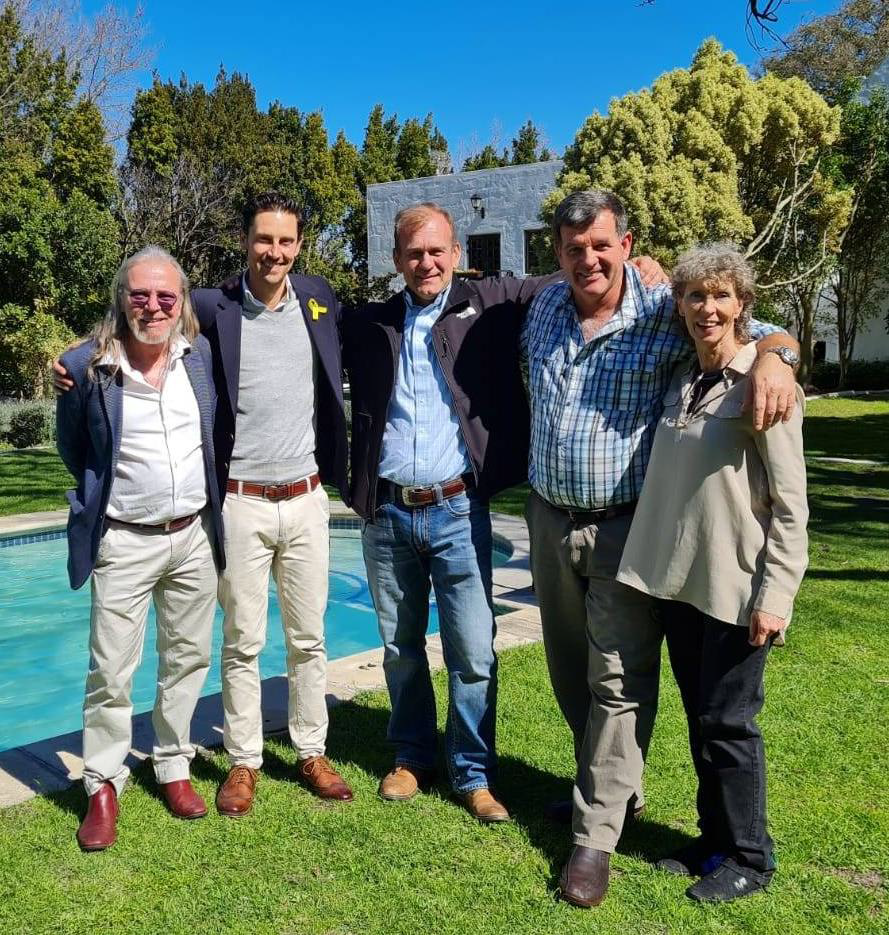 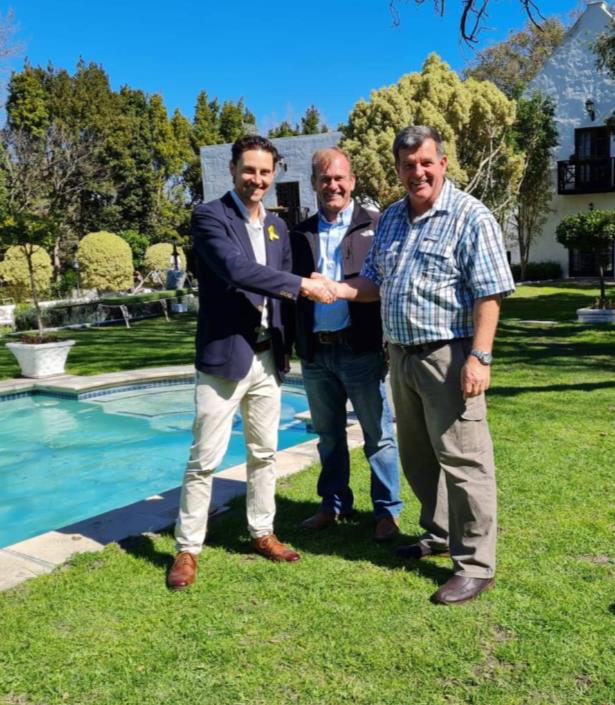 Some  of  the  delegates  seen  in  relaxed  and  positive  mood  after  the  successful  meeting  in  Cape  Town,  Hein and Jack as always unified for Cape Independence.
Our relaxed and informal gathering allowed for much interaction prompting many exciting  ideas  for  the  formation  of  a  unified  driving  force  –  a  united  Independence
Movement – where appropriate plans of action will be collectively carried out.

The ULA wishes to express its sincerest gratitude to everyone who took the time out of their day to attend this rather historic meeting, for their much-valued input and excitement for the essential cohesive ‘Independence Movement’, and for sharing such similar objectives for self-determination and sovereign independence. We look forward for greater things to emerge from this combined effort. 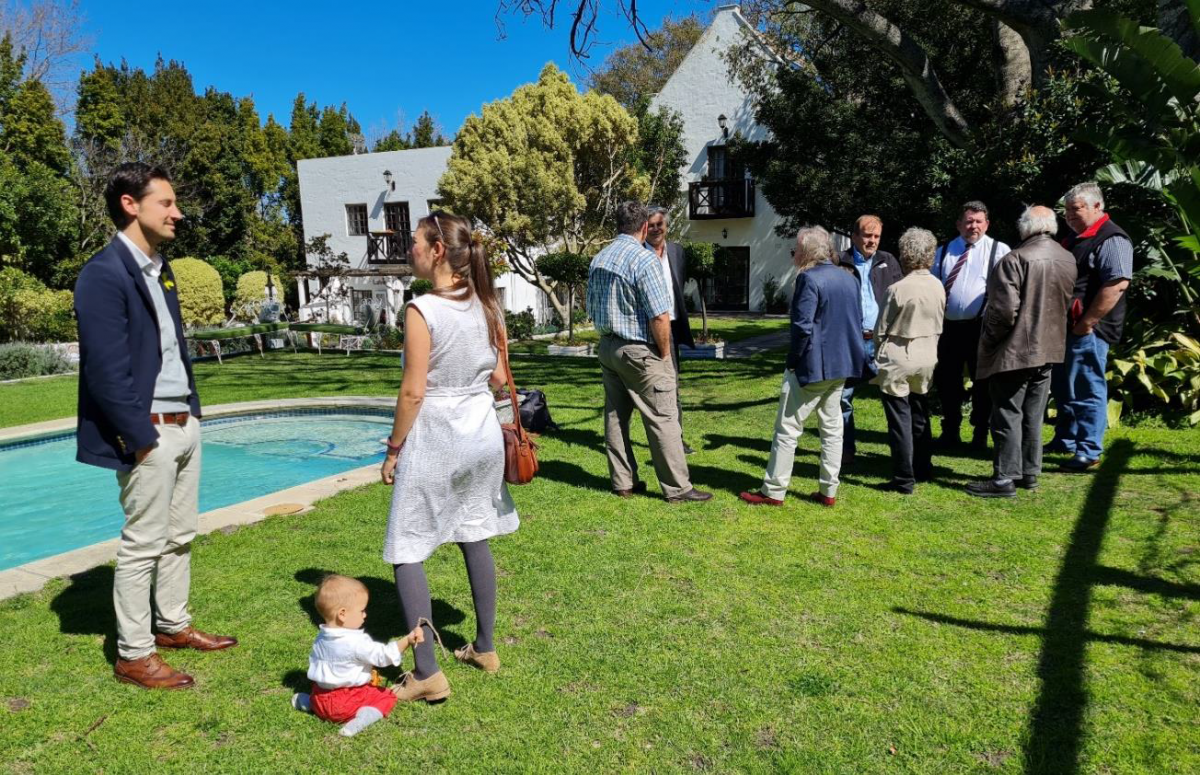 Here are some of the comments shared after the meeting:

Patrick Melly: ”A lot of these gatherings are so clouded in wishful thinking and they don’t  normally get down to real business, there is always a leadership challenge for the top dog
position, yet here today, we were engaged in a mutual plan for the collective benefit of  all. Cape independence is not a nice idea it is a matter of life and death, and this was the  first time  in  over  12  years  that I  had  a  sense that  we  are  going to stand  as  a  united front  and make people aware of the reality of an independent Cape - this group is dedicated  to  the  benefit  of the  ‘Independence  Movement’  and  that  only  together  are  we  actually  going to get ‘our independence’ done!”

Jack Miller: “For 14 years we have been fighting for this vision of Cape Independence and  we’ve  always  believed  that  in  order  to  succeed  a  united  effort  will  be  the  key  to  our collective  success,  Today’s  meeting  was  a  significant  and  inspirational  signal  of  the development of this Movement, and we believe that this vision we all share is mere steps  away.”

Adv. Carlo Viljoen: “It was a historic meeting in which I felt the hand of God”

Hein Marx: “The time for idle talk is long past, and the time for action is overdue. In going forward the  ULA  is  delighted to  work  with  those  that are  very  serious  about  a  permanent  solution towards our independence.” Continuing  in  this  our  quest  for  a  united  independence,  the  ULA  hereby  again  takes  the opportunity  to  invite  all  leadership  and/or  individuals  from  all  organisations,  groups,  and  political parties to join together with us to form a results-driven UNITED front striving for our sovereign independence.

Information on future developments will be shared on the United Liberty Alliance website at www.freethecape.org